I started educating young horses from an early age, including pre-education for stock horses, western and thoroughbred disciplines.

Helping young horses through their fragile first months and seeing these young horses develop and progress successfully into their age events or disciplines is an amazing achievement. It is pleasing to know you are a vital link in their chain.

I am based just out of Scone N.S.W. with training facilities and work with short term and longer term arrangements.

Ancestral Horsemanship of forty plus years comes from a family history going back to when my grandfather travelled from Afghanistan via UK with a business partner in racehorses in 1923.

My grandfather – Jungha Khan – arrived in Brisbane QLD hoping to find his dream. Jungha eventually settled in a remote area of Bonalbo on the New South Wales north coast. The land he selected was 5000 acres of heavily timbered country on the Clarence River. Jungha toiled for years on his own clearing and improving the land to raise cattle and horses.

Back then Jungha, Florence and their children bred, raised and educated their horses in many different mediums eg stock horses for war effort, racing, country horse sports eg campdrafting.

My father Jim and his youngest brother Bobby took their horsemanship skills to the next level at an early age educating and training for the Brown Brothers from the 1950’s, in their early years. They also spent some of their teenage year’s droving cattle between NSW and QLD, which gave them time to make some nice horses on the way.

Jim started his rodeo career at a very early age and he soon became a household name. Jim won his first bronc ride at the age of 12 and continued a long successful career. He performed every year at the Royal Easter Show and was awarded a commemorative medal in 1963, when he performed in front of her Majesty The Queen and Prince Phillip.

Jim, after retiring from his sport, started contracting bucking rodeo horses full time with a successful business created on the east coast of Australia. Jim also bred and competed with Cutting Horses winning a futurity in 1994.

Mentors through my years

Australian light horseman and breaker for the army. Helped me through difficult spots with my young horses.

He was like Kel Jeffries; a good all round horseman.

Pat was from USA and came to Australia in the 60’s. One of the first people to import quarterhorses into Australia. A great horseman just as much knowledge as the Dawson brothers and Ray Hunt.

He was a mentor for me as a boy from 14 -18 years. One of the best cowboys and cutting men in the game

Another fine mentor for horsemanship and cutting skills, always a finalist in the NCHA Futurities. Not only a great performance rider and horseman, a gentleman too.

For Bob, Pat Cullens, Chilla and Linden they have now sadly passed away and are truly missed. I have been very lucky to have spent valuable time with these knowledgeable horsemen. I know that with a little of my ancestral background and my mentors influences – some good has to come out of it. We all look to further our horsemanship knowledge to give our very best to our four legged friends for a better life with us humans. 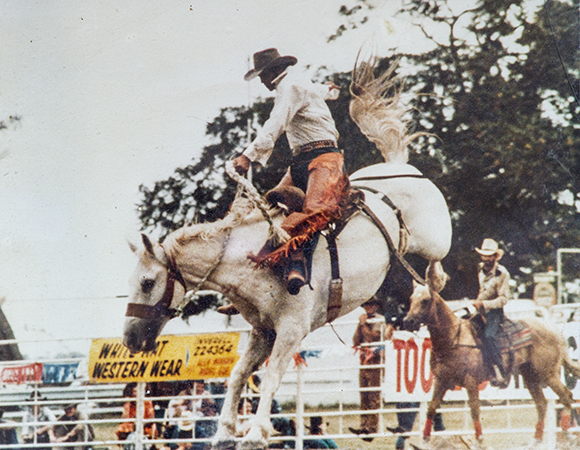 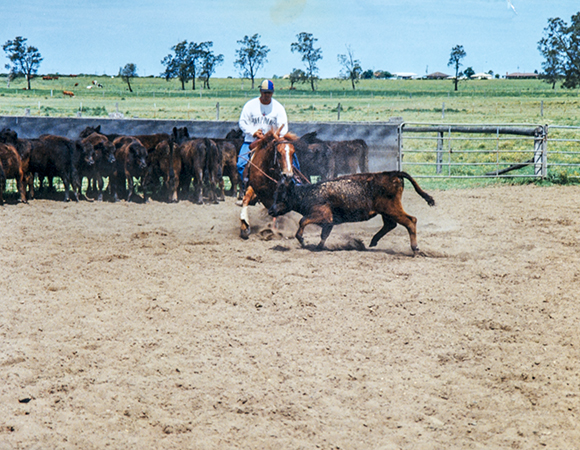 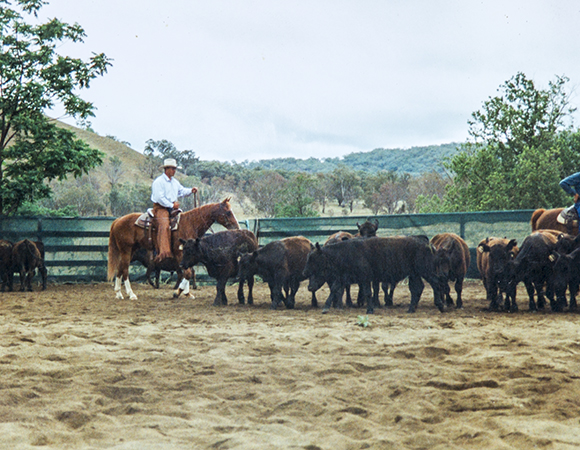